Dr. Scheeren started his pharmaceutical industry career in 1982 with Servier in Paris, responsible for Regulatory Affairs Northern and Eastern Europe, and Clinical Development in Munich from 1986 – 1987. In 1991, he was appointed Head of Worldwide Regulatory Affairs at Serono, Geneva. In 1992, he took over responsibility of the Global Regulatory Affairs department of Roussel UCLAF in Paris.

In 1996, he moved to New Jersey to head the Global Marketed Product Regulatory Affairs Department of Hoechst Marion Roussel. After the merger with Rhone Poulenc Rorer in 2000, he was nominated to a similar position.

Dr. Scheeren joined Bayer Pharmaceuticals as Senior Vice President, Head of Global Regulatory Affairs (GRA), in 2004, responsible for development in the US and in 2009 became Site Head US in Montville, NJ. In 2012, he assumed in addition to his responsibilities as Head of GRA, the position of Head of Global Development Asia in Beijing and in 2015, was appointed Head of GRA Pharma and Consumer Care of Bayer Healthcare, Basel. In January 2018, he was appointed Senior Advisor R&D, Bayer AG in Berlin and left Bayer AG at the end of 2018.

Since January 2019, he is Adjunct Professor at Peking University for Regulatory Sciences in the Department of Clinical Research. 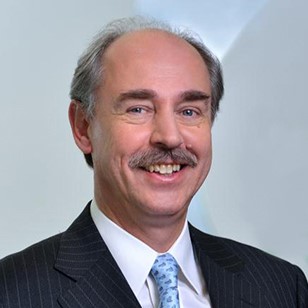