Gisou van der Goot is the Head of the Laboratory of Cell and Membrane Biology at EPFL (Ecole Polytechnique Fédérale de Lausanne) in the School of Life Sciences of which she is the Dean since 2014.

She studied engineering at the Ecole Centrale de Paris, then did a PhD in Molecular Biophysics at the Nuclear Energy Research Center, Saclay, France, followed by a postdoc at the European Molecular Biology Laboratory (EMBL) in Heidelberg.

She obtained an EMBO Young Investigator award in 2001, a Howard Hughes International Scholar award in 2005 and the Swiss Prix Marcel Benoist in 2009, the same year she was elected EMBO member (European Molecular Biology Organisation).

She is a leader in the fields of molecular and cellular understanding of bacterial toxins, the organization of mammalian membranes, in organelles biology as has become and expert over the last 15 years in studying the molecular mechanisms of several rare diseases such as Hyaline Fibromatosis Syndrome.

Professor van der Goot is or has been member of many scientific boards such as the Swiss National Science Foundation, the Swiss Council for Science and Technology, the European Research Council (ERC), the Louis Jeantet Foundation or the Bettencourt-Schuller Foundation. 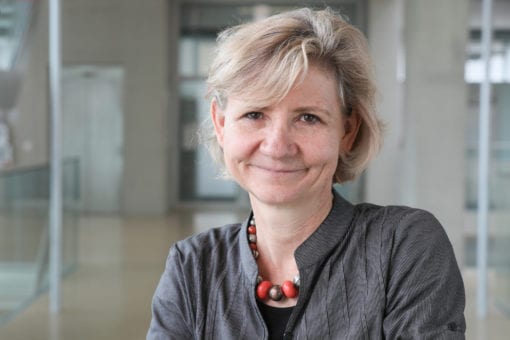