Dr. Danilo Tagle is Associate Director for Special Initiatives at the National Center for Advancing Translational Sciences (NCATS). He leads and provides scientific and programmatic oversight and coordination to the following trans-NIH programs: 1) NIH Microphysiological Systems (a.k.a. tissue chip) program, 2) Extracellular RNA Communication program, and 3) SPARC (Stimulating Peripheral Activity to Relieve Conditions) program. These activities involve coordination with other NIH institutes and centers, as well as partnerships with other government agencies, such FDA, DARPA, DTRA and the private sector. Prior to joining NCATS, Dr. Tagle was a Program Director for Neurogenetics at the National Institute of Neurological Disorders and Stroke (NINDS) where he was involved in developing programs in genomics–based approaches for basic and translational research in inherited brain disorders. Dr. Tagle obtained his Ph.D. in Molecular Biology and Genetics from Wayne State University School of Medicine in 1990. He was an NIH NRSA postdoctoral fellow in Human Genetics at the laboratory of Dr. Francis S. Collins at the University of Michigan. Prior to joining NINDS in 2001, Dr. Tagle was an Investigator and Section Head of Molecular Neurogenetics at the National Human Genome Research Institute (NHGRI) beginning in 1993, and has been involved in the highly collaborative effort towards the positional cloning of genes for Huntington’s disease, ataxia-telangiectasia, and Niemann-Pick type C disease.  In addition to being Associate Director for Special Initiatives, Dr. Tagle recently served as Acting Director for the NCATS Office of Grants Management and Scientific Review, and currently serves as Executive Secretary to the NCATS Advisory Council, as well as the Cures Acceleration Network Review Board. He has served in numerous committees and advisory boards, and was on the Editorial Board of the journal Gene, as well as International Journal of Biotechnology. He has more than 150 scientific publications, and has garnered numerous awards and patents. Central to Dr. Tagle’s accomplishments and goals is leveraging key resources and expertise through partnerships with various stakeholders in biomedical research, including various government agencies, non-profits and patient advocacy groups, industry and pharmaceutical corporations. 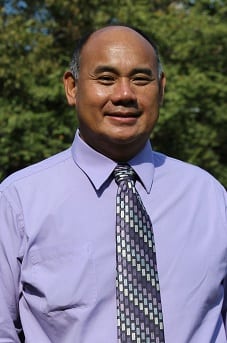