Jan Hoeijmakers joined the Dept. of Genetics of the Erasmus University in Rotterdam in 1981 to work on DNA repair. His team succeeded in cloning the first of many subsequent human DNA-repair genes allowing elucidation of the reaction mechanism of nucleotide excision repair, discovered the strong evolutionary conservation of DNA repair, resolved the basis of a variety of enigmatic human repair syndromes and identified a new class of ‘basal transcription disorders’. His laboratory generated a comprehensive series of mouse DNA repair mutants, strikingly mimicking the corresponding human syndromes, which provided detailed insight into the complex etiology of human repair diseases. He discovered a very strong, initially highly controversial connection between DNA damage and (bona fide) aging, and on this basis proposed a trade-off between cancer and aging. By modulating DNA repair, damage induction and nutrition my team succeeded in largely controlling the process of aging in mice. The type of DNA repair defect is found to determine the type of segmental accelerated aging and/or cancer. The severity of DNA repair deficiency correlates with the rate of accelerated aging: shortening lifespan and time of onset of many aging-related diseases from years to weeks. Conditional repair mutants allow targeting accelerated aging to any organ, tissue or stage of development. Expression profiling revealed an unexpected similarity between short- and long-lived mice: both suppress the somatotrophic axis, which extends lifespan. This work led to the identification of a highly intriguing ‘survival response’ that promotes healthy aging and counteracts cancer by redirecting energy from growth to maintenance. Importantly, by nutritional interventions in collaboration with the RIVM (Bilthoven), his team very recently succeeded in extending lifespan of some repair mutants over 2-fold, which for mammals is unprecedented. Moreover, the mouse mutants turned out to be far superior models for neurodegenerative disorders, like Alzheimer and Parkinson diseases, than any currently available model. Nutritional interventions strongly delayed the development of this dementia. Additionally his laboratory developed a new line of in vivo research revealing the highly dynamic organization of DNA repair in living cells and intact organisms. His group also generated the first mouse mutants with intrinsic defects in the biological clock. In summary, his work places DNA damage at the basis of cancer and aging, highlights the flexible nature of aging and establishes the repair mutants as suitable tools for identification of life span extending pharmaceutical and nutraceutical interventions in mammals. This opens new perspectives for prevention or treatment of aging-related diseases, which are associated with enormous loss of QoL and constitute the main medical and health care challenges in all developed countries. 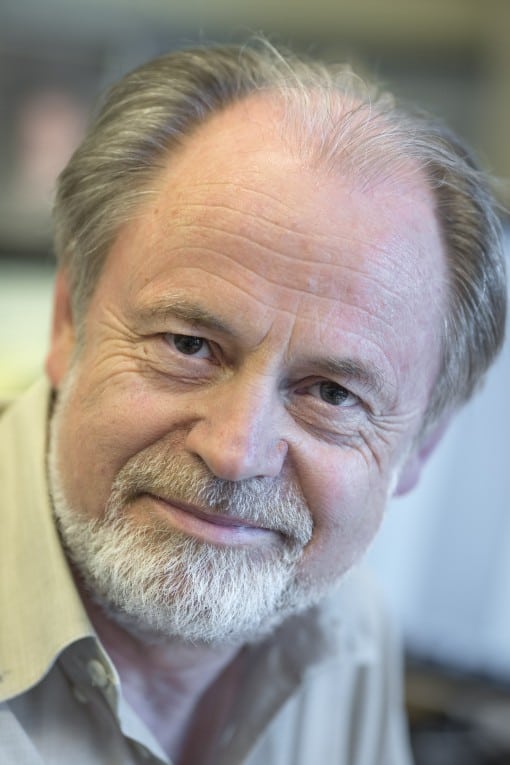