Yann Le Cam, MBA Chief Executive Officer, European Organisation for Rare Diseases – EURORDIS – Rare Diseases Europe Yann Le Cam has dedicated 25 years of professional and personal commitment to health and medical research non-governmental organisations in France, Europe and the United States in the fields of cancer, HIV/AIDS and rare diseases. He was one of the founding members of EURORDIS in 1997, and was nominated Chief Executive Officer in 2001. He has participated to the revision and adoption of European regulations having an impact on rare disease patients’ life, including the EU Regulation on Orphan Drugs, December 1999. Yann was one of three patient representatives appointed to the Committee for Orphan Medicinal Products (COMP) at the European Medicines Agency (EMA) for 3 mandates, and served as its elected Vice Chairman from 2000 to 2006. He served on the Management Board and Executive Committee of the French HTA agency ANAES now called HAS for 5 years. He has been nominated Vice-Chair of the EU Committee of Experts on Rare Diseases (EUCERD). Yann holds an Executive MBA from the Hautes Etudes de Commerces – HEC – Jouy-en-Josas France (2000) and an MBA from the Institut Superieur de Gestion (1984), Paris, France. Yann has three daughters, the eldest of whom has cystic fibrosis. He lives in France, Paris, and in Belgium, Brussels. 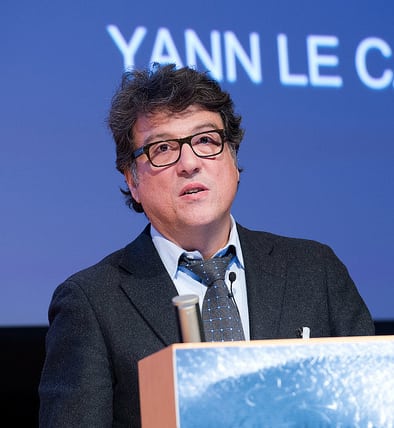