Gert MATTHIJS is head of the Laboratory for Molecular Diagnostics at the Center for Human Genetics in Leuven, and Professor at the University of Leuven, Belgium. He has been involved in the diagnostics of inherited diseases since 1994. The Center for Human Genetics is the largest genetic department in Belgium. The laboratory is offering molecular tests for the more common genetic diseases like cystic fibrosis, fragile X syndrome, Huntington’s disease, myotonic dystrophy, spinal muscular atrophy, hemophilia and Duchenne/Becker Muscular Dystrophy, and for a series of less frequent disorders. The laboratory also offers testing for familial breast- and ovarium cancer (BRCA1 and BRCA2) and familial colon cancer and other familial cancer syndromes.

His major research interest is in Congenital Disorders of Glycosylation (CDG), a group of rare inborn errors of metabolism. He was the coordinator of EUROGLYCANET, a European project focusing on the identification of novel defects and the generation of models for CDG. For this work on CDG, he received the “Körber European Science Award” in 2004, together with Prof. von Figura, Prof. Aebi, Prof. Hennet, Prof. Jaeken and Prof. Lehle.

He was coordinator of EUROGENTEST2, a network for the further development, harmonization, validation and standardization of genetic testing in Europe, funded by the European Commission, and a member of TECHGENE, a European project for the introduction of next generation sequencing tools in diagnostics.

He is the coordinator of EURO-CDG-2, a European research network directed towards improving diagnosis and treatment of inborn errors of glycosylation. This project has received funding from the European Union’s Horizon 2020 research and innovation program under the ERA-Net Cofund action N°643578. It was supported by FWO, under the frame of E-Rare, the ERA-Net for research on Rare Diseases.

He was a Board member and chaired the Patenting and Licensing Committee of the European Society of Human Genetics (ESHG), and played an important role in the European opposition against the BRCA patents.

At the national level, he has been a thriving force for a revision of the reimbursement system for genetic tests.

Together with J. Vermeesch, he has coordinated a workgroup on legal, ethical and societal aspects of total genome analysis (in the context of the Metaforum initiative of the university).

Together with P. Borry (Center for Biomedical Ethics and Law), he organized an exposition on cartoons and genetics in the summer of 2014, and published a book about genetics for the public (‘Iedereen GENiaal’), that will soon be translated in English. 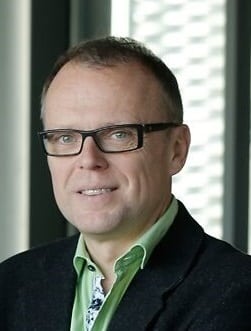