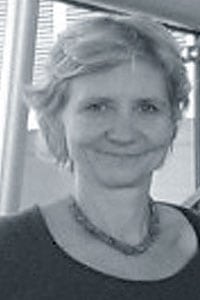 Gisou van der Goot is full Professor in Life Sciences at the Swiss Institute of Technology in Lausanne. After an engineering training at the Ecole Central in Paris and a PhD from Univ. Paris V, she performed a postdoc at the EMBL in Heidelberg. She started her independent career at the University of Geneva, first in Biochemistry and then at the Medical School. She obtained an EMBO Young Investigator award (2001), a Howard Hughes International Scholar award (2005), was elected EMBO member (2009) and received the Swiss Prix Marcel Benoist in 2009. She is a leader in the molecular and cellular understanding bacterial toxins, in the organization of mammalian membranes and in organelles biology.