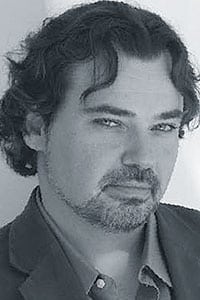 Dr. Katsanis obtained his first degree in Genetics from UCL in London in 1993 and his doctorate from Imperial College, University of London in 1997. He then joined the laboratory of Dr. Lupski at Baylor College of Medicine, where he initiated his studies on Bardet-Biedl syndrome. In 2002, he relocated to the Institute of Genetic Medicine, Johns Hopkins University where he led studies that unified several allied conditions under the ciliopathy umbrella. In 2009, he moved to Duke University to establish the Center for Human Disease Modeling, where he is the Director; this new structure aims to facilitate collaboration across disciplines and to develop physiologically relevant tools to study variation found in human patient genomes. As part of that effort, Dr. Katsanis leads the Taskforce for Neonatal Genomics. This multidisciplinary group of physicians and basic scientists strives to synthesize genomic and biological data for the faster diagnosis, improved/focused clinical care, and potential therapeutic paradigms, for infants and neotates with genetic conditions. In parallel, the Katsanis lab pursues questions centered on the signaling roles of vertebrate cilia, the translation of signaling pathway defects on the causality and possible treatment of ciliary disorders, and the dissection of second-site modification phenomena as a consequece of genetic load in a functional system. In recognition of his work, Dr. Katsanis was awarded the Young Investigator Award from the American Society of Nephrology in 2009, the E. Mead Johnson Award from the Society for Pediatric Research in 2012 and has delivered several Distinguished lectures. Dr Katsanis is a Professor in the Departments of Cell Biology and Pediatrics and holds the Brumley Distinguished Professorship. He has published over 190 research papers, reviews, and book chapters, serves on several advisory, editorial, and organizational boards and has delivered over 140 lectures in 18 countries.