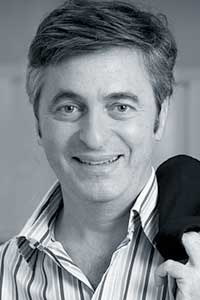 After training in paediatrics and genetics, Pr. Stanislas Lyonnet became a full Professor of genetics at University Paris Descartes Medical School in 1995. He is a clinical geneticists in the Department of Medical Genetics at HÃ´pital Necker-Enfants Malades.

Pr Lyonnet is responsible for the European Master of Genetics (Paris Descartes-Paris Diderot Universities). He is a member of the INSERM Scientific Advisory Board, and has been a member of the board of the European Society of Human Genetics and its scientific programme committee. Pr Lyonnet was also responsible for the Rare Disease Research Programme in the frame of the French national agency for research (ANR).